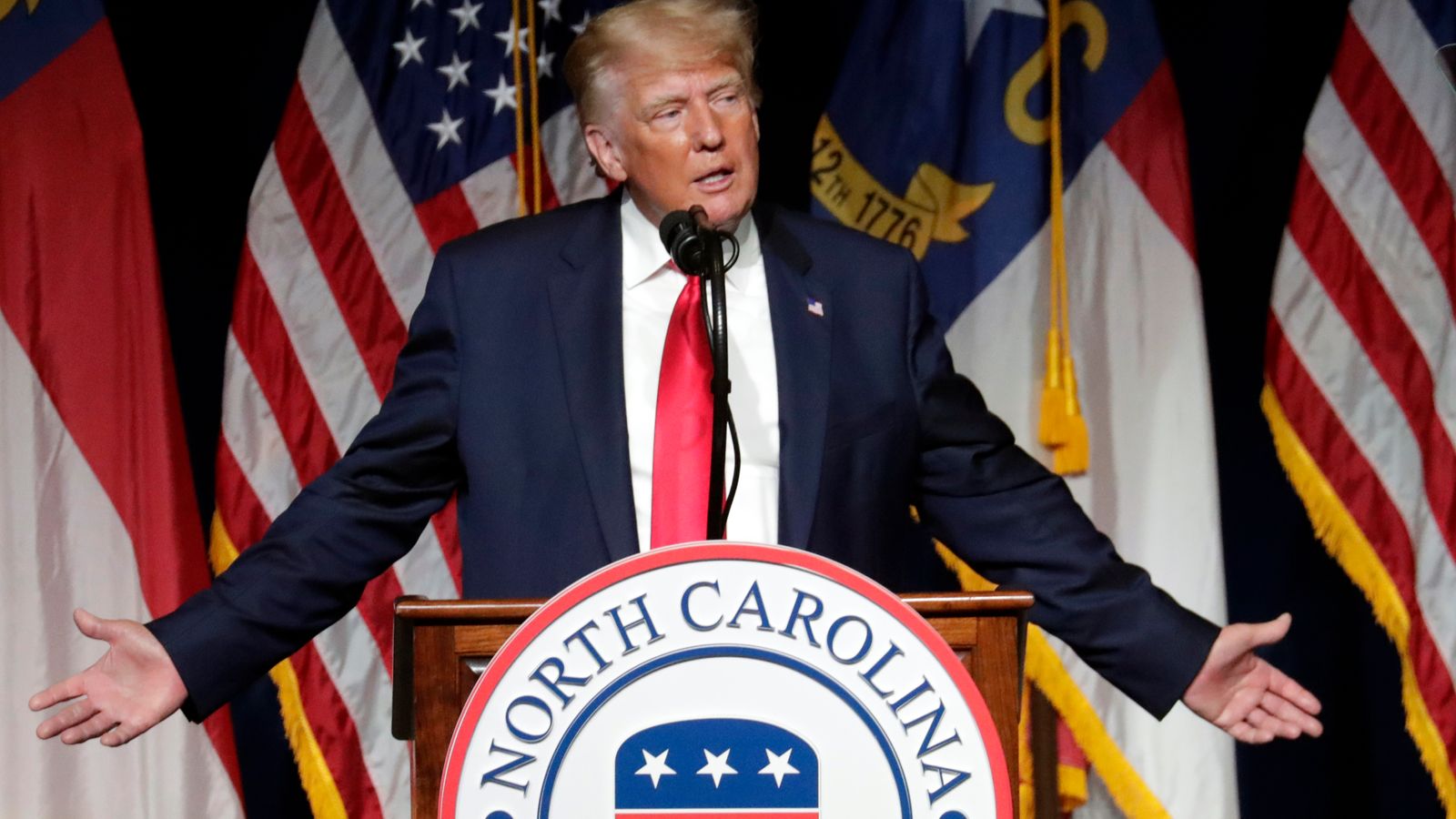 Donald Trump has again teased supporters about the prospect of another run for the US presidency, just days after some backers pushed a theory that he could be back in the White House by August.

He also used a speech at a convention to support candidates loyal to him ahead of next year’s mid-term elections to denounce China, attack infectious diseases expert Anthony Fauci, and describe investigations into his finances as a “witch-hunt”.

Mr Trump again continued to peddle false claims that his defeat in the election in 2020 was ‘the crime of the century”. He won 75 million votes but lost the election to President Joe Biden by 7 million.

Rally organisers in Greenville, North Carolina, estimated around 1,200 supporters attended – in contrast to packed-out stadiums when he was president.

He told them: “The survival of America depends on our ability to elect Republicans at every level starting with the mid-terms next year.”

Mr Trump went on to describe Mr Fauci as “not a great doctor”, and said the country’s top coronavirus adviser has been “wrong on every issue”.

He has led Republicans in criticising Mr Fauci for asking Americans to wear masks and for being sceptical about allegations China covered up the escape of the virus from a lab in Wuhan.

He also demanded China pay $10 trillion dollars to the US and the world for its handling of the coronavirus outbreak.

And referring to a criminal investigation launched by the New York attorney general’s office into his finances as a “witch hunt” and a “hoax”, the former president said: “They’ll never stop until November 2024.”

Since his defeat, Mr Trump has consistently teased supporters about running again without explicitly saying he would.

And there have been reports in the US media of his fans suggesting he could somehow be reinstated as president as soon as this August – something his daughter-in-law Lara Trump has denied having any knowledge of.

Mr Trump also used his speech to take aim at Mr Biden, who he accused of leading “the most radical left-wing administration in history”.

He said: “As we gather tonight our country is being destroyed before our very eyes.”

In a statement released ahead of the speech, Democratic National Committee spokesman Ammar Moussa attacked mr Trump’s “recklessly dangerous rhetoric” – and Republicans who are reluctant to break with a “loser president”.

Some Republican leaders are also concerned that the rise of Trump-supporting candidates will jeopardise their chances of winning back control of Congress from the Democrats in 2022.

Mr Trump’s appearance at the rally comes days after Facebook suspended his account for another two years.