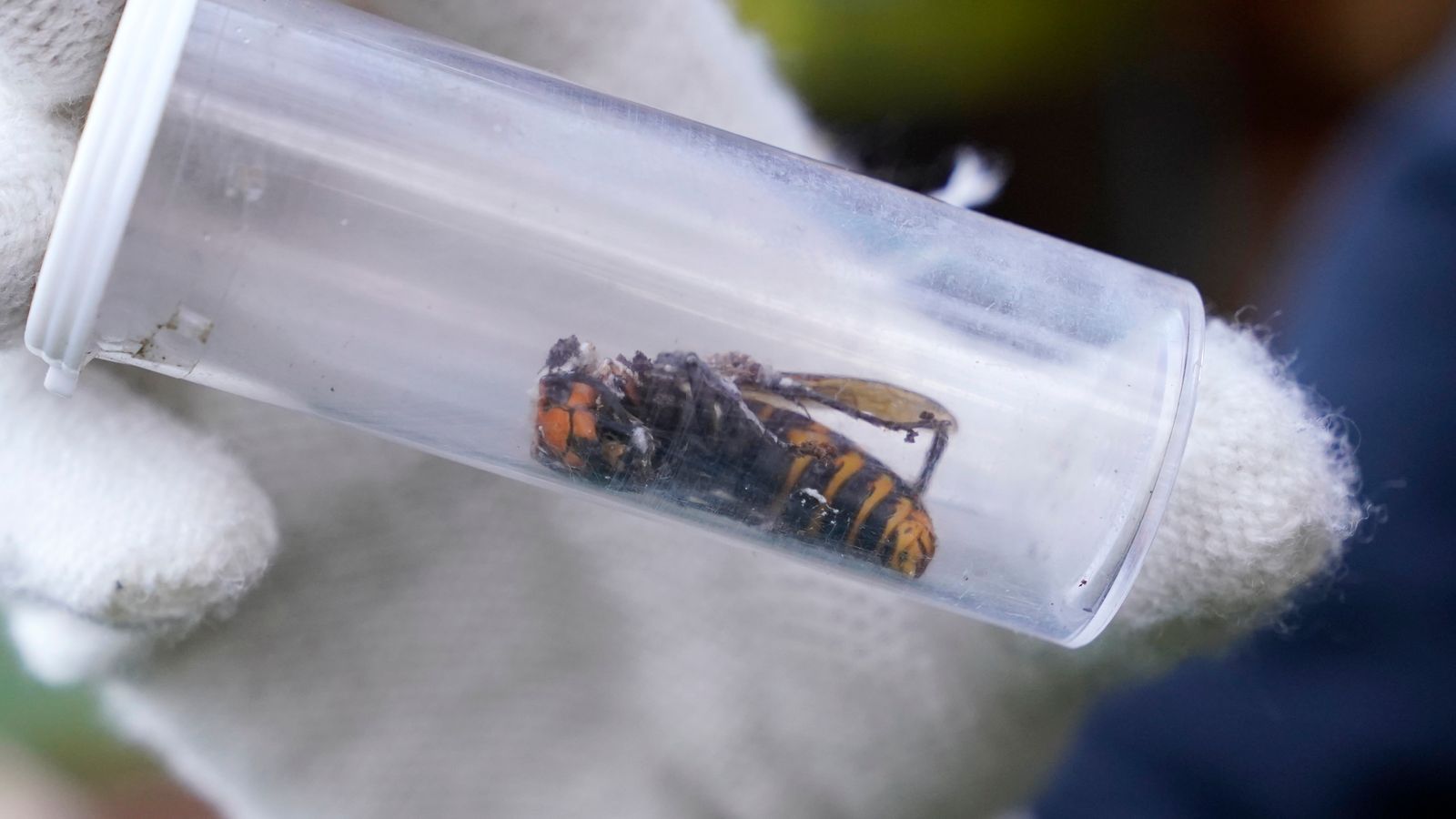 The first “murder hornet” discovered in the US this year has been found north of Seattle.

The dead Asian giant hornet, which was found in Snohomish County, appears to be unrelated to findings in Canada and Whatcom County along the Canadian border in 2019 and 2020.

The insects are two inches (about 5cm) long, are native to Asia, and are especially dangerous to honeybees, capable of destroying hives in hours and decapitating the bees.

They do not usually attack humans but their sting is painful and repeated stings can kill.

It is suspected that they stowaway on cargo ships – with Sven Spichiger, an entomologist with the state’s agriculture department saying: “Hitchhikers are a side effect of all the commerce we do globally.”

The hornet was found on 4 June, and collected four days later by entomologists who concluded it was a dead male Asian giant hornet.

Because it was so dried out, they said it was likely to have been from a previous season.

Dr Osama El-Lissy, deputy administrator for the US Department of Agriculture’s quarantine programme, said: “The find is perplexing because it is too early for a male to emerge.

“This new report continues to underscore how important public reporting is for all suspected invasive species, but especially Asian giant hornet.”

Mr Spichiger added: “We’ll now be setting traps in the area and encouraging citizen scientists to trap in Snohomish and King counties.

“None of this would have happened without an alert resident taking the time to snap a photo and submit a report.”

Giant hornets are designated as quarantine pests, meaning that Washington state has more tools available to eradicate the destructive species.

Army may be deployed to ease possible strike disruption over Christmas
Hopes on Anwar-Rafizi team to pull Malaysia out of economic doldrums
Tim Cook says Apple will use chips built in the U.S. at Arizona factory
NASA rover discovery reveals there may have been life on Mars
Ukraine war will be at ‘reduced tempo for months’, US intelligence says