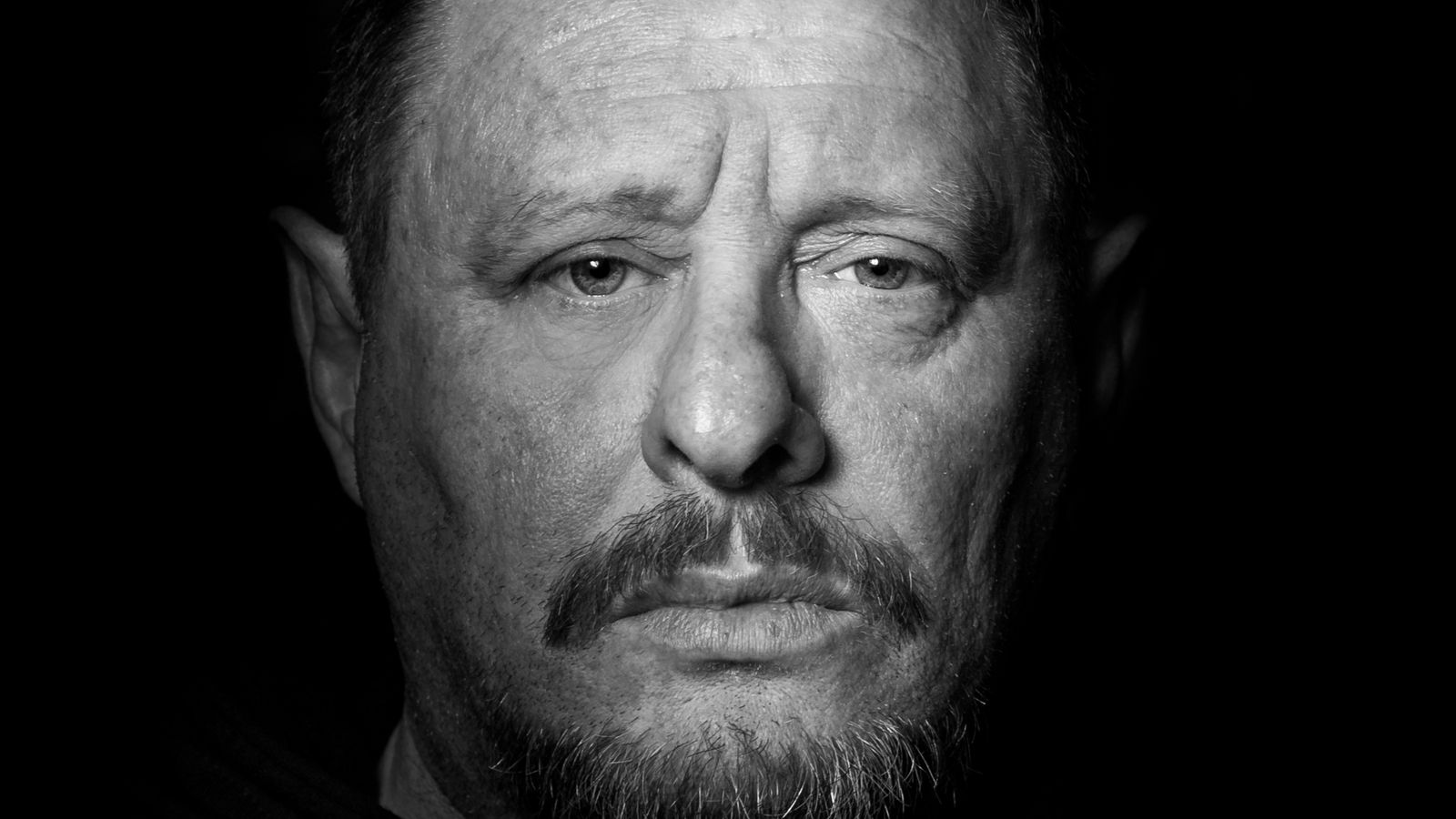 Shaun Ryder is talking TV. As one of Gogglebox’s resident celebrity armchair critics, alongside partner in crime Bez, he’s happy commentating on the small screen.

The X Factor (RIP) had its place for family viewing, he reckons – it’s good if you “sound like Frank Sinatra and can do a dance”, although he knows Happy Mondays “wouldn’t have made it through auditions” – but he has no patience for Love Island: “I can’t watch a load of adults with minds of babies.”

Ryder also keeps up with the news, especially in the 18 months since COVID-19 first hit. “The problem is, though, I don’t retain stuff, like that’s just on and done, so I’ve got to be constantly told what’s going on. Otherwise, it’s just gone.”

At 58, Ryder now, finally, has discovered the reason for his short attention span, previously blamed on his well-documented years of excess as the Madchester era’s most recognisable party animal. He was diagnosed with ADHD earlier this year, which was “like a light bulb going on” in his brain.

“It explains everything,” he says in that unmistakable Mancunian accent. “I went and got tested because out of my four daughters I had two that had [been] diagnosed with ADHD. My youngest girl was finding difficulty with the education side of things and everything. And then I went and got tested and it’s all come from me.

“But as soon as I got the result… one, it told me why my life’s been so chaotic, you know, why I didn’t learn the alphabet till I was 28 years old. Why I find things like just paying bills difficult and lots of other stuff… why as a young man, a young kid, you know, when I took drugs, I felt normal. I didn’t feel like my underpants was on back to front, you know? I felt like I was in my own skin.”

ADHD is not the only diagnosis Ryder has received recently, having caught COVID-19 in the early stages of the pandemic in 2020. He thinks he is suffering from long COVID, although it is getting better. “I’d be guaranteed once or twice a week I’d go completely under and have to go to bed, but over the months and months now that’s got less and less,” he says. “I’ve not had another episode for quite a few months now but I do still get one every now and then I’ll just end up floored.”

He pauses before adding: “I could breathe, though. Main thing with me is I’ve got a fixation about breathing, so as long as I could breathe, it was all right… yeah, it’s not a good idea not to breathe, is it?”

Ryder has also had to deal with his hair falling out, the result of a change in his treatment for an underactive thyroid a few years ago. Now, it looks like it’s starting to grow back. “No, that’s a tattoo!” he says. “That’s called skin pigmentation, that, so are my eyebrows, same thing.”

The doctor told him the reason for losing his hair was stress, he says. “But to me, I’ve been the least stressful in the whole of my life.”

He certainly seems content, and has long extolled the virtues of clean living after his years of taking heroin and other drugs. He is still working with the Happy Mondays and his second band, Black Grape, and is also just about to release a solo album, Visits From Future Technology, which comes almost 20 years after his first, Amateur Night In The Big Top, which was released in 2003.

The songs on this album were actually written years ago, before he reinvented himself in the I’m A Celebrity… Get Me Out Of Here! Jungle in 2010, and then put on the shelf while he continued to build on the nation’s newfound appreciation. During lockdown they were discovered “down the back of a sofa” and he decided to do something with them. Did he have to rewrite much to bring them up to date?

Not really, he says. “I mean, I’m always writing about the same old crap. I write about the same stuff I did back in ’88, which is like anything, madness, what I see on television, or conversations with people, or escapades that Bez gets up to and, you know, all the same stuff that I’ve wrote about for years, really. Nothing really changes in my mind. I’ve got about a million things going on at once, they all get to come out in songs.”

Fittingly, the first single is called Mumbo Jumbo. There’s also a track called Popstars Daughters, which is a tongue in cheek warning, he says. “A long time ago when I was a good looking young pop star – I could have been called a pop star, I don’t suppose now – but I’ve got four daughters, and I’ve also dated a couple of pop stars’ daughters, so… the song really I wrote for my girls is a bit of a tongue in cheek sort of thing.”

As well as his solo work, he’s also been collaborating with artists including Noel Gallagher and Robbie Williams during lockdown, which “kept me busy”. He’s enjoyed his time at home, though.

“I know people have had a really bad time and people [have been] locked up on the 24th floor of the tower blocks and that, but I had an all right, er, lock up… what was it called again, when we all stopped doing it? Lockdown, yeah! I had a pretty all right lockdown. I haven’t spent that amount of time at home in the last 25 years. I got to spend a lot of time with the wife and the kids and the family.”

But now Ryder, and his family – “they’ve had enough of me now” – are ready for live gigs once again. He has a tour with Black Grape coming up and later plans to tour the solo record; the singer is double jabbed and ready to go, he says.

How does he feel about the idea of vaccine passports potentially being needed for nightclubs and gigs? “Whatever [the government] is gonna do they’ve got to do it quick and it needs doing now, whatever they’re going to do,” he says. “There’s no reason why it’s… if we’re all supposed to be vaccined up and everything then they should be opening up, stop messing about, open everything up.”

He thinks the government’s handling of the pandemic has been “a bit of hit and miss” but “I suppose whatever government would be in power, they wouldn’t have got it right, straight away”.

On the Matt Hancock affair scandal, he laughs. “Well, what’s new there? It’s always been one law for one lot of people and another law for another lot of people. I wouldn’t expect anything else.”

Ryder has performed two shows already since restrictions lifted, one with Happy Mondays and one with Black Grape, which were great, he says. Some people chose to wear masks, others didn’t. No one was “mithered about anybody else”. He has plans in place for touring and making music over the next few years at least. “I don’t have hobbies,” he says. “I get asked what my hobbies are and my hobby is making music and playing music and being involved.”

The only thing that will stop Ryder, he says, is “doing a Tommy Cooper or whatever”. (Cooper died on stage live on television in 1984). “Look at all the ones that I grew up with, like the Stones and Tom Jones and all those guys, and The Who and Roger Daltrey. I mean, Roger Daltrey is fit as a butcher’s dog. You seen him? If you enjoy what you do you don’t stop, you just do it.”

So that’s the plan for Shaun Ryder, along with Gogglebox and his other ventures, which continue to see him living his best life, reinvented as a national treasure. How does he feel about the term?

Here’s how you can maximize your Ford F-150 Lightning range this winter
New York governor signs first-of-its-kind law cracking down on bitcoin mining — here’s everything that’s in it
Hingham Apple store crash: Heres what we know so far
China expands lockdowns as COVID cases soar to daily record high
The Ironbound is N.J.'s greatest dining destination. Locals fear for its future.