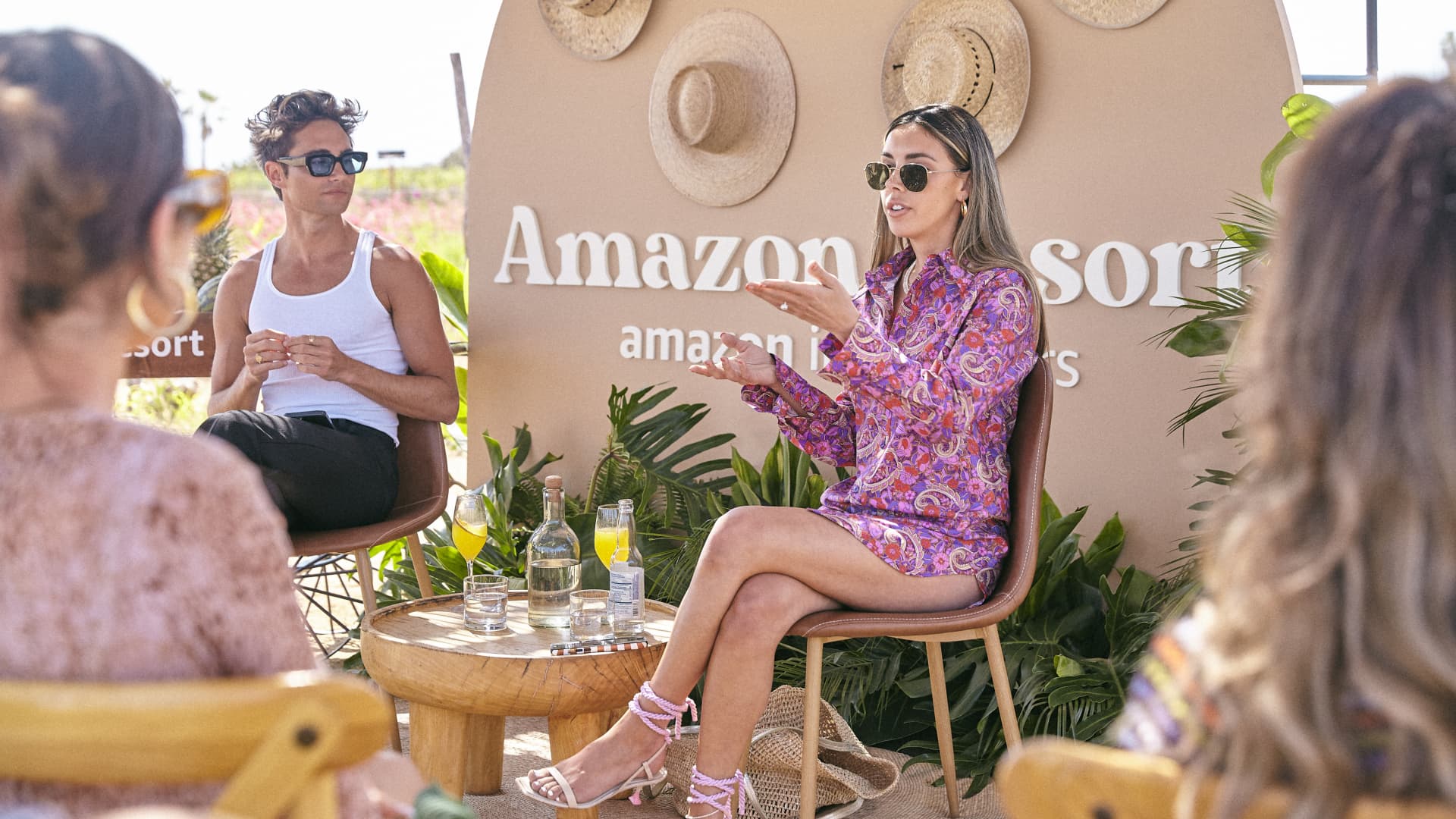 For three days in May, more than a dozen stars of Instagram, YouTube and TikTok convened in the coastal town of Todos Santos, Mexico, where they were treated to sunset dinners and spa sessions.

It’s the type of luxurious weekend that internet influencers have come to expect from the growing number of companies trying to capitalize of their online fame. But the event on Mexico’s Pacific Coast wasn’t run by one of the powerhouses of social media. It was hosted by Amazon.

The online retailing giant took over the opulent Paradero and rebranded it as “Amazon Resort.” The outing was for members of Amazon’s influencer program, which was launched five years ago and allows creators to earn money by recommending the company’s products on their social media accounts. Amazon held prior events this year in New York and Los Angeles.

Amazon is dipping its toe into the influencer marketing industry, which has skyrocketed from a roughly $1.7 billion market in 2016 to an estimated $13.8 billion in 2021, according to a study by the Influencer Marketing Hub. It’s expected to grow to $16.4 billion this year, which reflects the amount of money companies are spending on the increasingly popular marketing channel.

Influencers are seen as key tastemakers, who can help companies unlock access to a specific audience demographic, and they often have rabid and engaged fan bases. Many social media stars are now commanding lucrative endorsement deals from major brands.

They also get wined, dined and otherwise pampered.

In addition to the lavish meals and spa offerings at Amazon Resort, the host company held a workshop to help creators set up their own Amazon storefront, a dedicated page where they can post shoppable videos and selections of their favorite products to drive purchases and earn commissions.

Attendees could also stroll through a curated pop-up shop of “internet famous” items for sale on Amazon, visit the “Kindle Beach Oasis” and hang out at a Prime Video movie night.
Amazon Influencer Program

Attendees could also stroll through a curated pop-up shop of “internet famous” items for sale on Amazon, visit the “Kindle Beach Oasis” and hang out at a Prime Video movie night.

Raye Boyce was one of the attendees. She’s been part of Amazon’s influencer program for almost a year, and said she joined the program after regularly hosting makeup tutorials on Amazon Live, the company’s livestreaming service, which has provided her with some additional income.

Boyce, who boasts more than a million followers on her YouTube and Instagram accounts, has turned what was a hobby a decade ago into a full-time gig.

“Now there’s Amazon, which is a way of making commissions from products you would normally buy on your own,” Boyce said. “You can make money off of that on top of your brand deals, and YouTube and TikTok and everything else.”

Amazon isn’t the first company to jet social media influencers off to lavish excursions. In recent years, as social media creators have proved their value, brands are inviting them on paid getaways, typically to promote their latest products and post content that can go viral and persuade other influencers to join the party.

For Amazon, influencers serve as unofficial marketers of its online store, the company’s largest source of revenue. Influencers have to apply to join the program, and Amazon considers metrics such as the number of followers they have before admitting them.

“Creators today really are decentralized media companies,” said Ryan Detert, CEO of influencer marketing start-up Influential. “These channels that exist on TikTok, Instagram, YouTube, you name it. They can drive traffic to wherever they want their audience to go.”

Amazon pays out a commission to influencers any time a customer buys an item that it recommended. Payouts vary depending on the product type, but influencers stand to earn the most if they promote titles from Amazon Games and luxury beauty items, which earn commissions of 20% and 10%, respectively.

Influencers weren’t required to push out content while they were at the Mexico event, Amazon said. But plenty of them did, including creator Kirsten Titus, who posted a vlog on YouTube chronicling her experience.

“They’ve got a whole setup here,” Titus said in the video, as she walked onto a beach where free cocktails were available along with access to cabanas and surf lessons on boards branded “Amazon Resort.”

Meredith Silver, Amazon’s director of creative growth, told CNBC that the events “facilitate a sense of community among our creators, to educate and inspire them, and thank them for being part of our program.”

Gracey Ryback is a frequent Amazon Live streamer and has been part of Amazon’s influencer program for two years. She said her monthly earnings from the program amount to the “low five figures.”

Ryback said she started on TikTok, posting content under the user name “DealCheats.” Most of her videos were focused on shopping, and helping users find “dupes,” or cheap knockoff products that they can buy on Amazon.

“I started to become the personal shopper of TikTok,” Ryback said.

As her following grew, Ryback realized she needed to diversify onto other platforms. She joined Amazon’s influencer program and began hosting live streams five days a week that last an hour or two each.

On a recent stream, Ryback promoted products including an Apple Watch knockoff, an LED face mask light and a Shiatsu foot massager. Each stream takes hours of preparation, and Amazon has a long list of guidelines for creators to follow.

“It’s a whole production,” Ryback said. “Usually, afterwards I’m sweating, and my house looks like a warehouse because I have all these products strewn around.”

This article was originally published by Cnbc.com. Read the original article here.

Arctic Is Warming Nearly Four Times Faster Than the Rest of the World – New Research
Pink Floyd co-founder explains meaning behind warning at the top of his show
Is Eurovision coming to your city next year? UK host shortlist revealed
Former PM ‘seeing poverty I did not expect to see again’ as he warns people will go hungry and cold within months
China extends military drills around Taiwan as fears grow of conflict