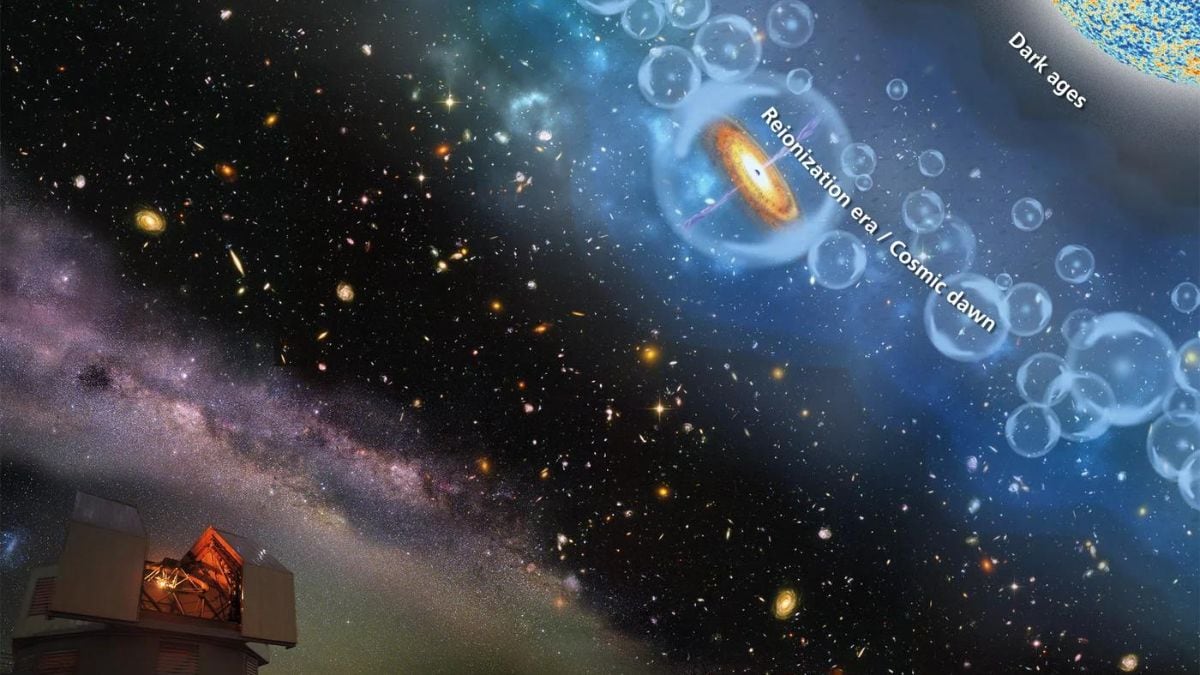 Analyzing light from some distant objects in space, a team of astronomers have presented a clearer picture of one of the key events in the formation of our universe. It turned out that the cosmic dawn ended a lot later than the astronomers had thought. After the Big Bang explosion set the stage for the formation of the universe, it remained covered under Hydrogen for millions of years. This hydrogen then gradually began to disappear as light from newly formed stars and galaxies ionized and tore it apart. This period is described by astronomers as the cosmic dawn.

Scientists and researchers have been able to determine when the cosmic dawn began, but its end has remained to be debatable. To shed light on the mystery, a team of astronomers from the Max Planck Institute for Astronomy, Germany, made use of light from distant objects and concluded that the cosmic dawn ended far later than was believed so far.

Studies that were conducted more than 50 years ago used the way a light from quasars was absorbed by interceding gas floating in the nearby intergalactic medium. Spotting a series of quasars, into a distance in the sky, shows the neutral hydrogen gas ionising due to the light.

The idea may be clear to the astronomers, but it has been difficult for them to determine the timeline using just a handful of quasars. While the light gets distorted by the expansion of the universe, it also passes through the pockets of hydrogen formed after the cosmic dawn.

Expanding the research, astronomers have analysed light from a total of 67 quasars in the new research published in Monthly Notices of the Royal Astronomical Society. They aimed at understanding the impact of fresh hydrogen pockets to identify more distant bursts of ionization.

According to the researcher’s data, the last remnants of the original hydrogen got ionized 1.1 billion years after the Big Bang.

“Until a few years ago, the prevailing wisdom was that reionization completed almost 200 million years earlier,” said astronomer Frederick Davies from the Max Planck Institute for Astronomy. Davies added that the latest evidence suggested that the cosmic dawn ended during a cosmic epoch that can be observed using current generation observation facilities.

This article was originally published by Gadgets360.com. Read the original article here.