With so much fog surrounding the prospects for the UK economy, results statements from the country’s main commercial banks this week were an ideal opportunity to make sense of things, as the big lenders tend to have a good idea of what is happening on the ground.

The overall picture painted – and this is a huge generalisation – is one in which UK households and businesses are becoming increasingly cautious about prospects for themselves and for the broader economy but, as yet, are not suffering financial distress in the majority of cases.

That was borne out in the relatively low levels of impairments made by the banks this week in anticipation of a deterioration in the economy.

Lloyds Banking Group, the UK’s biggest provider of mortgages, current accounts and savings accounts, took a £377m impairment charge during the first six months of the year which, it pointed out, still meant its overall provisioning on an underlying basis is lower than before the pandemic.

Santander, the UK’s third largest mortgage lender, similarly made credit impairment charges of £118m during the period, due to a deterioration in economic outlook, but noted that “we have not seen any significant deterioration of credit quality to date”.

Barclays, owner of the UK’s largest credit card provider Barclaycard, meanwhile set aside the relatively low sum of £48m in respect of its UK business, noting that to date it had seen low numbers of loans turning delinquent, “improved UK employment data and reduced uncertainty around the possible effects of COVID-19, offset by increased concerns around customers’ vulnerability to high inflation”. 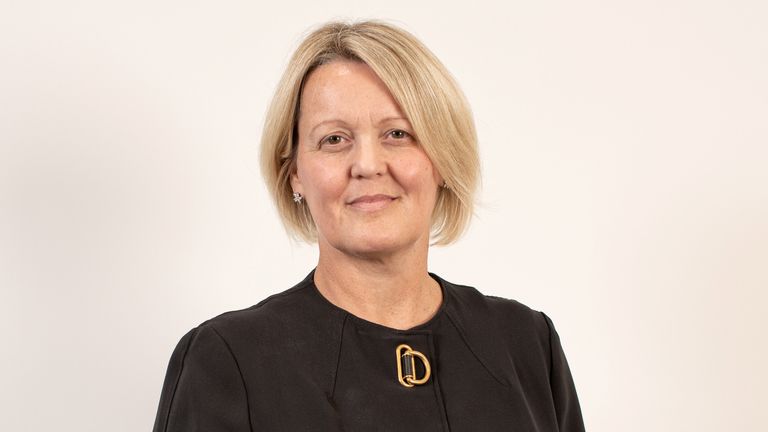 ‘We’re not seeing defaults increasing but people are worried’

Alison Rose, NatWest’s chief executive, told Sky News today: “What we’re seeing at the moment is no signs of distress with our customers.

“We’re monitoring it really closely, both households and families and also businesses, and there are good cash buffers, people are very resilient – but we know there are tough times ahead.”

That word resilient has cropped up a few times this week. Charlie Nunn, the Lloyds chief executive, made the point several times during his call with City analysts on Wednesday to the resilience of the bank’s customer base.

He told analysts: “We continue to track customer and client behaviour very carefully.

“Given the heightened concerns over an affordability crisis, in order to identify early warning signs, we have not yet seen worrying indicators – and payment rates continue to be high as customers have reacted rationally to the economic environment.

“As a result, card balances in both the UK and the US are down on pre-pandemic levels on a local currency basis, although the latter has started to grow again this quarter, and we believe that the quality of these books is higher than before the pandemic.”

But these results only tell the reader what has happened during the first half of the year. The question is what happens for the rest of the year.

‘We remain alert to signs of weakness’

Here the bankers’ crystal balls are a little clouded at times, but it is notable that none of them appear to expect a recession in the UK during the second half of the year, rather a slowing of growth.

Mr Venkatakrishnan said: “There is anticipation of a change in the real economy, which we have not yet seen. And we remain alert to signs of weakness, although we start from historically low levels of unemployment and credit distress.”

That was something also noted by Mr Nunn, who said that while customers were adapting their spending, this was having the effect of improving their financial resilience.

Mr Nunn, who reminded his audience that Lloyds customers tend on average to be wealthier than most Britons, added: “It is worth noting that on average, customers are entering this period in better financial health than pre-pandemic, having increased their savings pots and reduced their debt.”

The fact that many households do not yet appear to have burned through the savings they were forced to build up during the pandemic – put at £195bn by the Office for National Statistics – is something that appears to be giving the banks a degree of comfort as to how they may respond in a sharp slowdown.

So, too, is the very low rate of unemployment and the record level of job vacancies in the economy.

Ms Rose said: “We’re continuing to see growth but slower growth. That post-pandemic recovery is really now what we’ve seen in terms of a strong recovery, but definitely with the headwinds ahead we are forecasting lower growth.

She said one sign that things were worsening would be an increase in calls from customers to its call centres or indicators of weaker spending by households or businesses.

That is not to say the country’s leading bankers are ruling out a recession next year.

Santander UK published a fascinating table in which it sketched out five different scenarios for the economy, one of which – to which it applies a 20% probability – has it contracting by 3.3% next year, with conditions likely to bring about such a situation including a weaker environment for business investment due to political uncertainty, new strains of COVID-19 and a bigger than anticipated negative impact from the trade deal with the EU due to ongoing tensions around border checks between Great Britain and Northern Ireland.

Strikingly, in four of those five scenarios, Santander UK expects house price inflation to turn negative in 2023 but not before then.

‘A gentle landing’ for house prices

Mike Regnier, the chief executive of Santander UK, told Sky News: “Most of our scenarios do say that but our base case, where we have a 40% weighting, we do not expect house prices to fall but come into a gentle landing towards the end of the year.”

So the overall picture is one of guarded optimism. The outlook for the UK economy as a whole is that activity is likely to slow – but that a recession is seen as largely unlikely this year – while households, armed with the cushion of savings built during the pandemic, are drawing in their horns in anticipation of higher energy bills in particular.

That said, Vladimir Putin’s war in Ukraine has made life harder to predict than ever, as do the possibility of further COVID outbreaks and further rows with the EU over Northern Ireland.

Bankers will need to be on their mettle to help both households and businesses through these unnerving conditions.

The good news, such as it is, appears to be that they think their own balance sheets are sufficiently robust to be able to do so.