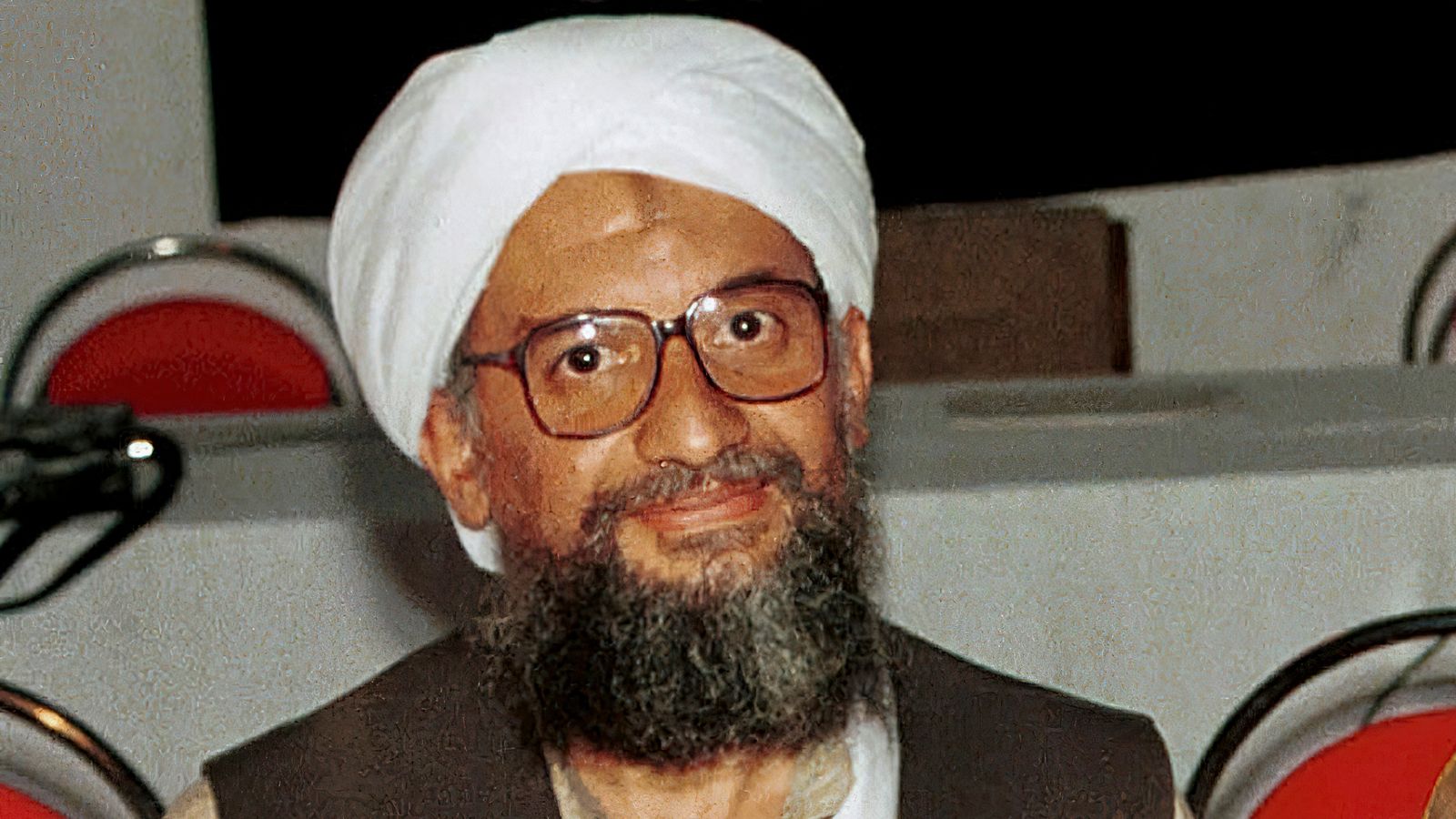 A key force behind the 11 September 2001 attacks on the United States, Ayman al-Zawahiri spent much of the past two decades with a $25m bounty on his head.

The bespectacled Egyptian doctor was leader of al Qaeda for the second half of that period. But he is perhaps better known for his previous role as Number 2 to Osama bin Laden, the charismatic founder of one of the world’s most notorious and barbaric terrorist organisations.

It was only after bin Laden’s death in a US special forces raid in Pakistan in 2011 that Zawahiri took charge of the group, though he lacked the same ability of his close friend and ally to inspire followers.

Al Qaeda, under his stewardship, struggled to make much impact especially as its surviving leaders were on the run or in hiding from US, British and other western counter-terrorism forces, while rival Islamist extremist groups were emerging, most notably Islamic State or ISIS, with a savvier approach to social media and drawing in more recruits.

Yet Zawahiri, 71, remained – until the weekend – the most notorious Islamist militant to have escaped death or capture since then US president George Bush launched his so-called “war on terror” following al Qaeda’s airliner carnage in Washington and New York.

It means his death in a CIA drone strike in Kabul will be seen as a hugely significant moment for the thousands of American and British spies and special forces personnel who never stopped hunting for him as part of their mission to disrupt and degrade al Qaeda and stop the group from ever again posing an international threat.

“They never forget,” US President Joe Biden said in an address to the nation on Monday evening, confirming the news that Zawahiri was dead. He also revealed that the terror chief had relocated to “downtown Kabul” to reunite with his family.

Such a risky move is in stark contrast to the years Zawahiri spent taking every possible step to conceal his location – something he is largely considered to have achieved in Pakistan’s remote, tribal region bordering Afghanistan.

It could even indicate that a hugely controversial decision by the United States to pull its forces out of Afghanistan in the face of a resurgent Taliban a year ago inadvertently created the conditions to lure Zawahiri out of the shadows. The Taliban has long retained a close relationship with al Qaeda despite promising to sever ties as part of the US withdrawal deal.

His demise in a covert drone strike in Afghanistan is a long way from Zawahiri’s comfortable beginnings.

He was born into a middle-class family in the Maadi suburb of Cairo on 19 June 1951. Zawahiri’s father was a professor of pharmacology.

As an academically gifted student, the young Zawahiri chose to read medicine at the University of Cairo. But he was also politically active, with increasingly extreme views against the Egyptian government. He founded the Jihad Group with a number of followers.

A family man as well, Zawahiri married a woman called Azza Nowair and the couple went on to have six children – one son and five daughters.

He opened a medical practice but started to become involved in visiting refugee camps along the Afghanistan-Pakistan border, according to the Washington Post.

Zawahiri used his medical training to tend to the wounds of Afghan mujahideen fighters who were opposing the then Soviet-backed Afghan government.

It was during this time that he reportedly first met Saudi-born Osama bin Laden.

Turmoil back in Egypt after the then Egyptian president was killed in 1981 saw Zawahiri arrested and detained for three years. During this time he said that he was tortured.

After his release he again encountered bin Laden and effectively became his personal physician as well as an increasingly trusted ally. An FBI wanted poster offering a bounty of up to $25m (£20.4m) for information on his whereabouts said that Zawahiri went by a number of aliases, including The Doctor and The Teacher.

It is thought that Zawahiri, described as a thinker rather than a fighter, spent a lot of the 1990s travelling around the world, including to the United States, Bulgaria, Denmark and Sweden, using false passports, in search of new sources of funding.

By 1997, he had settled in the Afghan city of Jalalabad. The next year his militant group merged with bin Laden’s more successful al Qaeda – which is Arabic for “the base”.

Zawahiri is credited with helping to oversee the planning of the 9/11 attacks as well as other al Qaeda atrocities. He also reportedly initiated a failed attempt by the group to acquire biological and nuclear weapons before they were forced to go on the run by the US-led invasion of Afghanistan.

As bin Laden’s deputy, even while in hiding, Zawahiri appeared on numerous videos uploaded onto websites sympathetic to al Qaeda, spouting his terrorist views.

After his boss’s death, though, and with friction in al Qaeda’s own ranks as well as among other Islamist extremist groups, Zawahiri adopted a lower profile, with far fewer appearances.

Yet he remained as high a target as ever for US counter-terrorism forces.