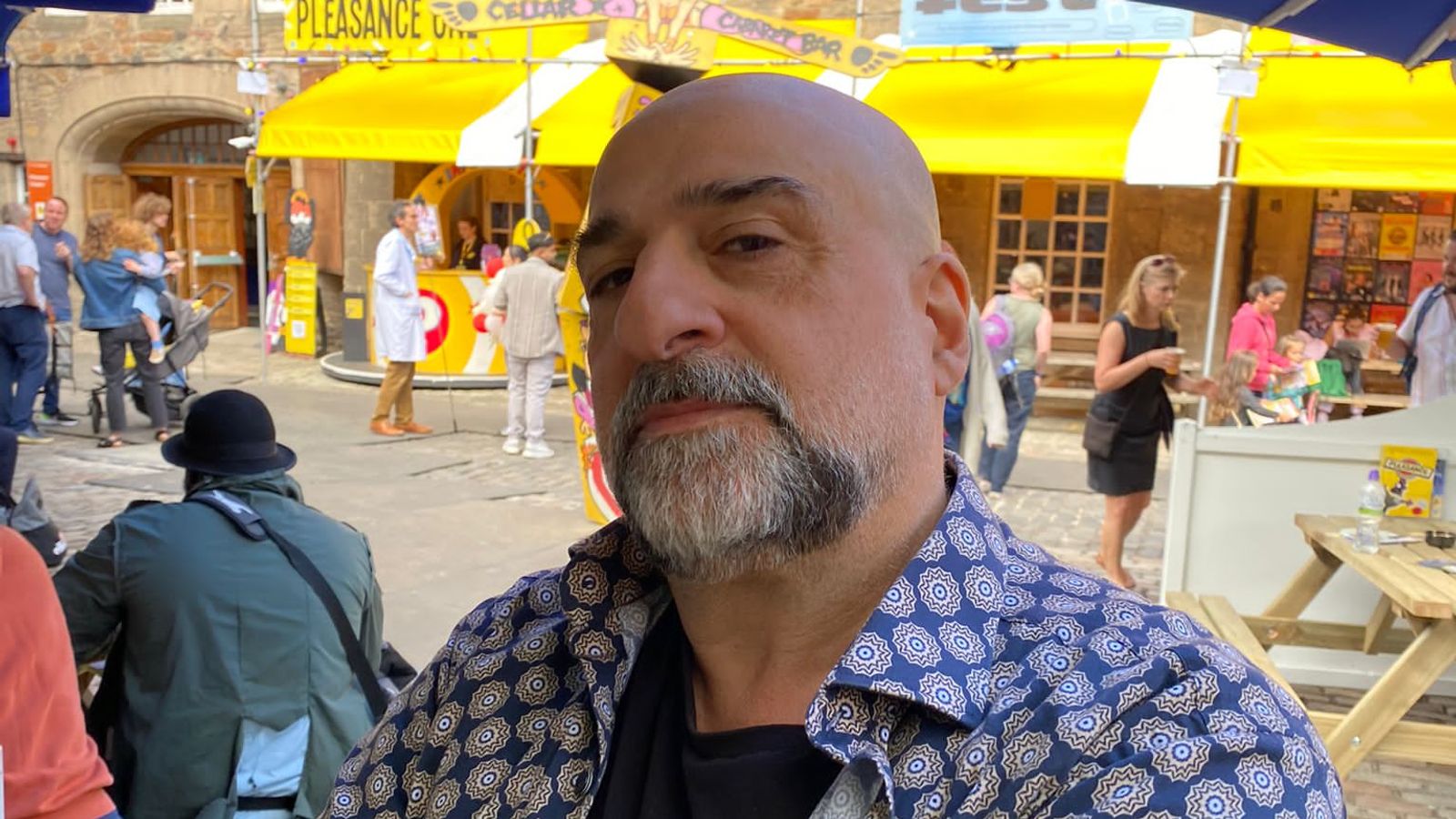 Comedians are a famously outspoken bunch, but – in a year that’s seen controversial jokes by big hitters like Dave Chapelle and Jimmy Carr lead to a torrent of online vitriol and rage – how are those at the Fringe coping with standing up to cancel culture?

Sky News spoke to some of the biggest names who are appearing in Edinburgh.

“People are feeling powerless due to economics, their jobs, and the politics of the time, so anything they have power over they’re really doubling up on.

“They have power over their opinions and stand-up comedy is very subjective, it’s very opinion based, and so they are really flexing on their opinions.”

“You learn to adapt, and I think if you look at certain comedians along the years who’ve never really adapted they’ve become, I suppose, pariahs.

“All we have to do as comedians in our 50s is just make little adjustments. Things that we think are tremendously funny, we run it by our kids and the kids say ‘I know why your generation think that’s funny, but we don’t!’ So I’m very lucky to have three kids, and that’s why I think it’s kind of helped me adapt.”

“Whenever I write a joke I’m always thinking to myself: can I justify that joke? Am I proud to say it in front of everyone and do I know who I’m directing that joke? And once I feel comfortable with that I’m good, I’m cool, I will defend that.

“Sometimes people have very different ideas of what the butt of the joke should and shouldn’t be, but I think comedians have always, always had to do that. The court jester rolling around King Henry’s courtyard, there are a few things he couldn’t say otherwise he got his head chopped off – so it’s a little easier for us now!”

“I think these debates always focus around the rights of established, privileged people to continue to be able to be controversial and say what they want. And that’s fine. They absolutely can. But we should be paying more mind to the people who it affects, you know, the harm that actually causes.

“I think when there’s an intention of hate behind it, which there are with some people, that hate is an energy and that can ripple out, and I think it can have real world knock-on effects and an uptake in violence and hatred and intolerance towards marginalised people in communities.”