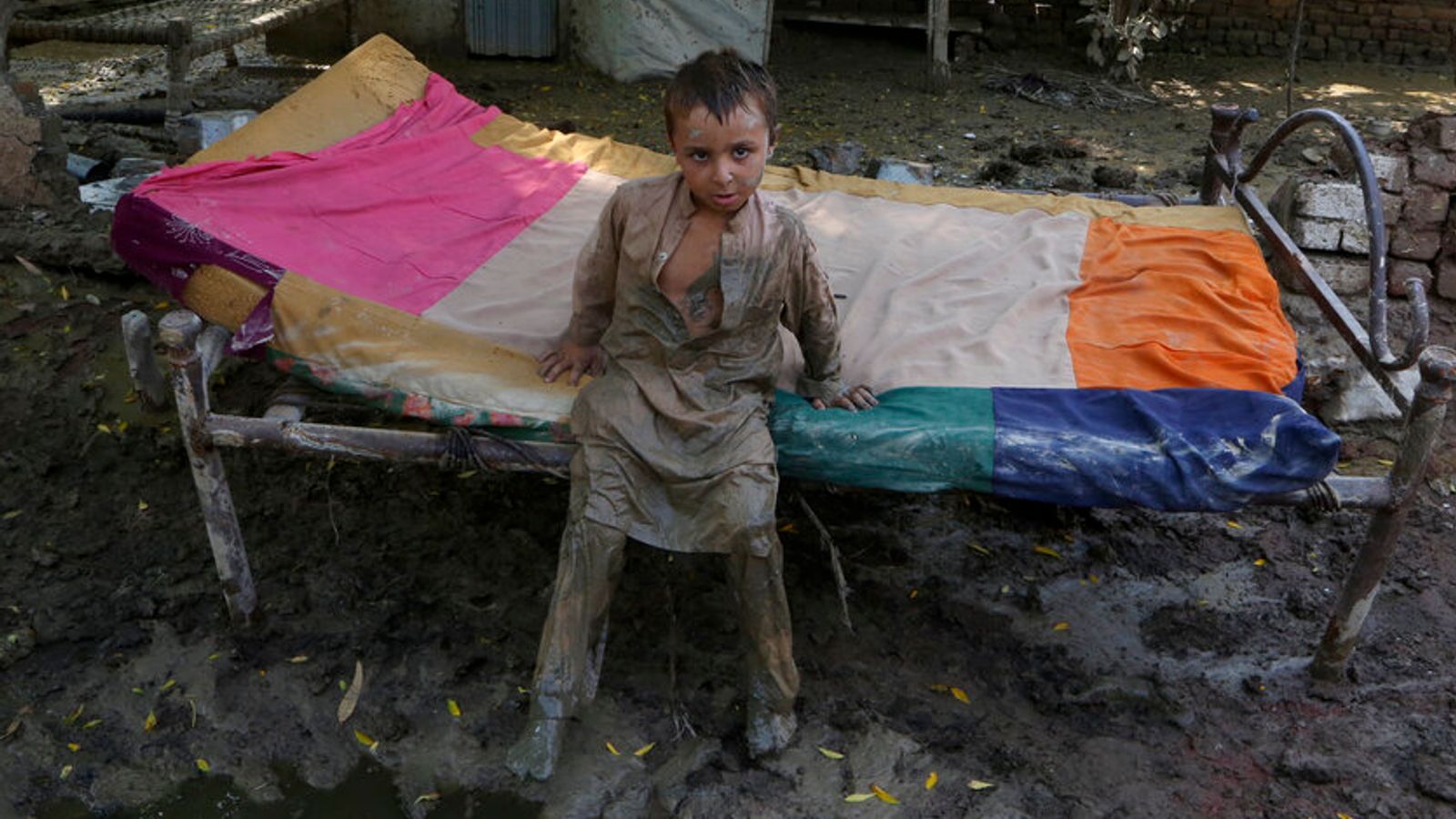 The UK Disasters Emergency Committee has launched an appeal to “save and protect lives” as Pakistan deals with devastating floods.

More than 1,100 people have died and 33 million people are affected after monsoon rains and melting glaciers destroyed houses, infrastructure and crops.

The UN has appealed for $160m (£138m) to help alleviate an “unprecedented climate catastrophe” – and now 15 UK charities have come together to try to raise money.

“Our priority right now is to help save and protect lives as waters continue to rise,” said DEC chief executive Saleh Saeed.

“The scale of these floods has caused a shocking level of destruction – crops have been swept away and livestock killed across huge swathes of the country, which means hunger will follow.”

He acknowledged that many Britons are struggling with the cost of living but said any donation, no matter how small, could help save lives.

“We’re urging everyone to give whatever they can at what we appreciate is a difficult time for us all,” said Mr Saeed.

Satellite pictures reveal how large areas have been submerged over the last month, and the DEC said a third of the country is estimated to be underwater.

Sindh province, one of the worst hit, has had 466% more rain than the 30-year average in the latest quarter.

Helicopters have been rescuing people from rooftops and patches of dry land, and dropping off food in hard-to-reach areas.

The situation could get worse, with Pakistan‘s disaster management authority saying major rivers the Indus and Kabul are at “high to very high flood” levels and are set to continue rising.

Thousands of tents as well as food and medicine have already been arriving in the country – from China, Turkey and the UAE – but more is needed such is the scale of the disaster. 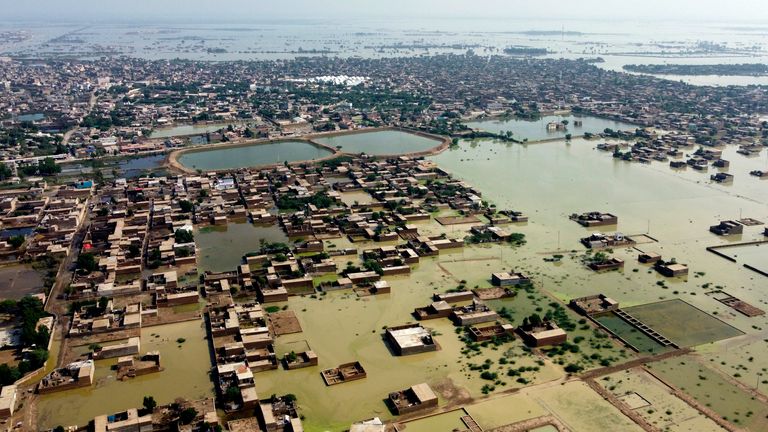 Sky’s Saima Mohsin speaks to victims of the flooding

Of the tens of millions affected, some 6.4 million are in dire need of aid, according to the World Health Organization.

“The rice crop has been washed away. Fruit and vegetables are gone,” added Prime Minister Shehbaz Sharif after visiting northern Pakistan.

International agencies have called for a relaxation of food import restrictions from Pakistan’s neighbour and arch-rival India.

Pakistan ministers have blamed Western nations for creating the disaster through climate change and now have a “responsibility” to help.

New law in California stops rap lyrics from being used as evidence in court
Putin rails against Western ‘dictatorship’ as he declares four Ukrainian regions as Russian
With Fiat Currencies Crumbling, Its Time To Denominate In Bitcoin Terms
Truss sticks by plan but admits mistakes – and says top-rate tax cut was chancellor’s idea
As long as the world needs oil and gas, we’ll give it, says UAE climate change minister