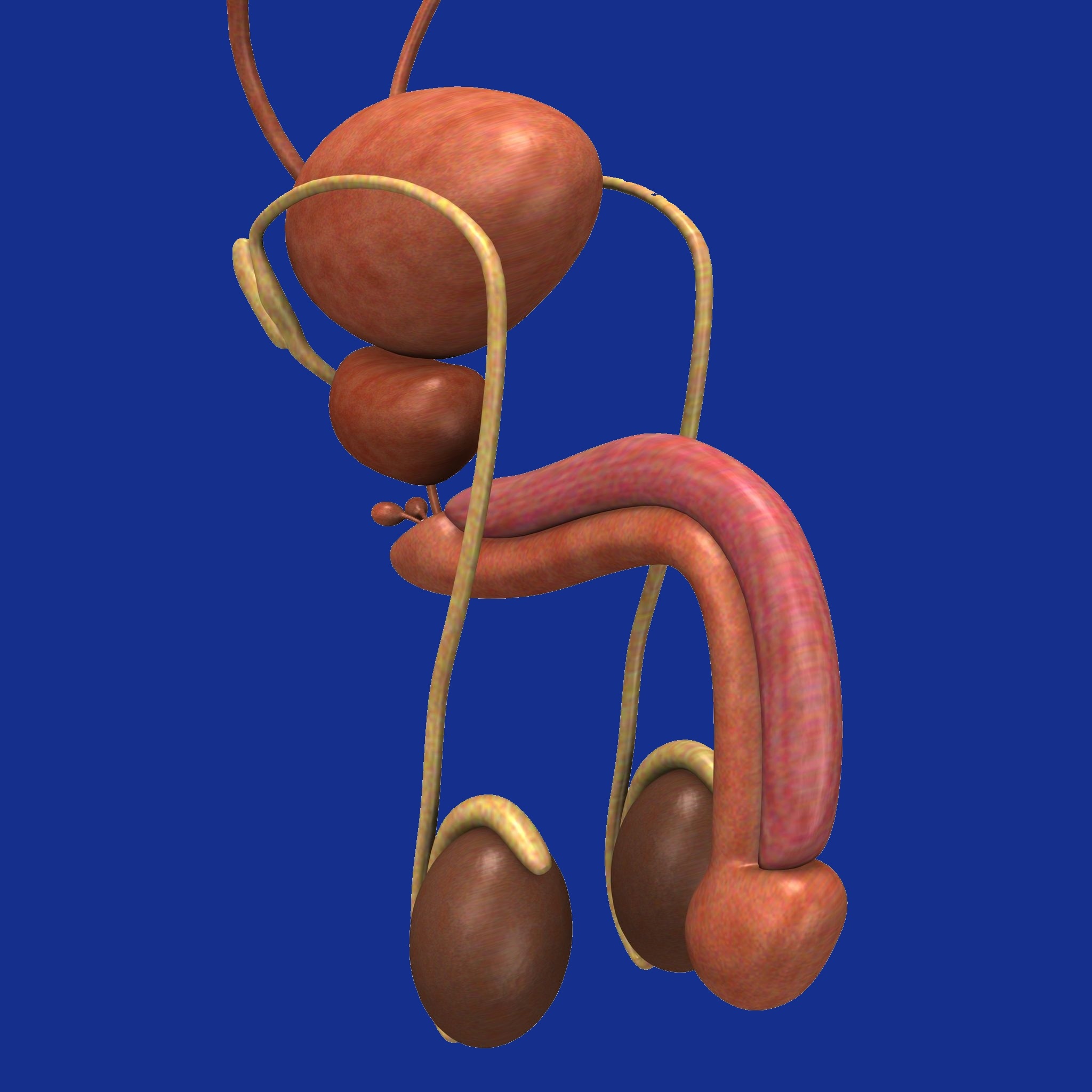 Scientists uncovered something unexpected in the fossilized embryo of a worm-like creature from the Cambrian period: the remains of a tiny, doughnut-shaped brain in the primordial animal’s head.

The roughly 500 million-year-old fossil is an example of the marine species Markuelia hunanensis, an ancient cousin of penis worms (priapulids) and mud dragons (Kinorhyncha). To date, scientists haven’t found fossils of the worm-like weirdos in their adult form, but researchers have uncovered hundreds of pristine embryos that capture different stages of the animals’ early development. Each of these embryos measures only about half a millimeter (0.02 inch) across.

“The thing about Markuelia is, it looks like a mini-adult — it actually looks like a miniature penis worm,” which gives scientists an idea of what a mature M. hunanensis likely looked like, Philip Donoghue, a professor of paleobiology at the University of Bristol in England, told Live Science.

Donoghue and his collaborator Xi-ping Dong, a professor in the School of Earth and Space Sciences at Peking University in Beijing, have examined many of these embryos over the years, but this is the first time they’ve found one with preserved brain tissue hidden inside. They reported their discovery Oct. 4 in the journal Royal Society Open Science (opens in new tab) .

Historically, reports of scientists finding fossilized brain tissue have been controversial because it was once thought that nervous tissue couldn’t fossilize, Live Science previously reported. However, in this instance, the evidence looks convincing, said Nicholas Strausfeld, a regents professor in the Department of Neuroscience at the University of Arizona in Tucson who was not involved in the study.

“That seems to me, inescapably, a tissue that is not muscle — and it’s not gut either, so what could it be?” Strausfeld told Live Science. “I would say they’re neurons,” and specifically, brain cells arranged in a ring around what would have once been the animal’s gut, he said.

The exceptional embryo was collected from a fossil deposit known as the Wangcun Lagerstätte in western Hunan, China. There, the teeny-tiny fossil had been encased in a large slab of limestone. Back at their lab at Peking University, Dong and his colleagues carefully dissolved this limestone rock with acid and then manually sorted through the microfossils in the residue.

“You can imagine each one of these [embryos] probably weighs fractions of a gram, but he was literally dissolving down tons, metric tons, of rock,” Donoghue said of Dong’s efforts to find these embryos over the years. “It’s beyond ‘needle in a haystack’ territory,” he said.

Once liberated from the limestone, the embryos were shipped to the Paul Scherrer Institute in Villigen, Switzerland, which houses a particle accelerator measuring about 1,300 feet (400 meters) in diameter. By hurling electrons at approximately the speed of light, the machine generates radiation that can be used for various experiments, Donoghue said. In this case, the team used high-powered X-rays produced by the accelerator to take snapshots of their tiny M. hunanensis embryos. RELATED STORIES—’Astonishing’ 500 million-year-old fossils preserved the brain of this creepy 3-eyed predator

“The specimen rotates through 180 degrees within the beam, and it takes 1,501 X-rays as it goes,” Donoghue said. These individual X-rays can then be assembled into a detailed 3D model, allowing the team to peer inside each embryo without having to physically smash it open.

“Normally, we don’t get preservation of the original anatomy of the organism; we just get the cuticle,” meaning the animal’s tough outer shell, Donoghue said of the X-rayed embryos. In addition, scientists often see thin lines of mineralization crosshatching the inside of each embryo; such lines are thought to be evidence of microbes that grew over the animal prior to its fossilization.

“In this one specimen, in both the head and the tail, we have this entirely distinct, structured, organized mineralization fabric that’s very different to what we see in any other specimen,” Donoghue said. “That’s why we interpret it’s a biological structure that was intrinsic to the original organism, and then it’s our job to work out what on Earth it was.”

Based on the known relationship of M. hunanensis to animals like penis worms and mud dragons, scientists could reasonably expect its brain to be ring-shaped, so the authors’ interpretation of the fossil makes sense, Strausfeld told Live Science. “Setting aside the improbability of [the brain’s] fossilization, it would be surprising were it to exhibit a different morphology,” the study authors noted in their report.

Notably, this is the first time fossilized nervous tissue has been found in a so-called Orsten-style fossil, the authors added. Such fossils are usually less than 0.08 inch (2 mm) long, are found locked in nodules of limestone and are preserved through a mineralization process whereby the animals’ tissue is replaced by calcium phosphate. This process produces a minuscule but highly detailed 3D fossil that typically only preserves the animal’s cuticle, not its internal organs.

“The most interesting thing about our paper is perhaps what it tells us about the potential for future discoveries,” Donoghue said. “Nobody had foreseen that you could preserve brains or nervous tissues in calcium phosphate, and maybe it’s just a matter of going back and looking for it in museum drawers.”

Musk Says Twitter Ban On Trump Was’ Grave Mistake,’ Reveals Preferred 2024 Presidential Candidate
Porsche 718 Boxster electric prototype spotted testing
Here’s How Much $100 Invested In Litecoin (LTC) Would Be Worth If It Touched Its All-Time High Again
Rare protests in China as fatal fire collides with zero-COVID fatigue
Scenes of jubilation on outskirts of Kherson