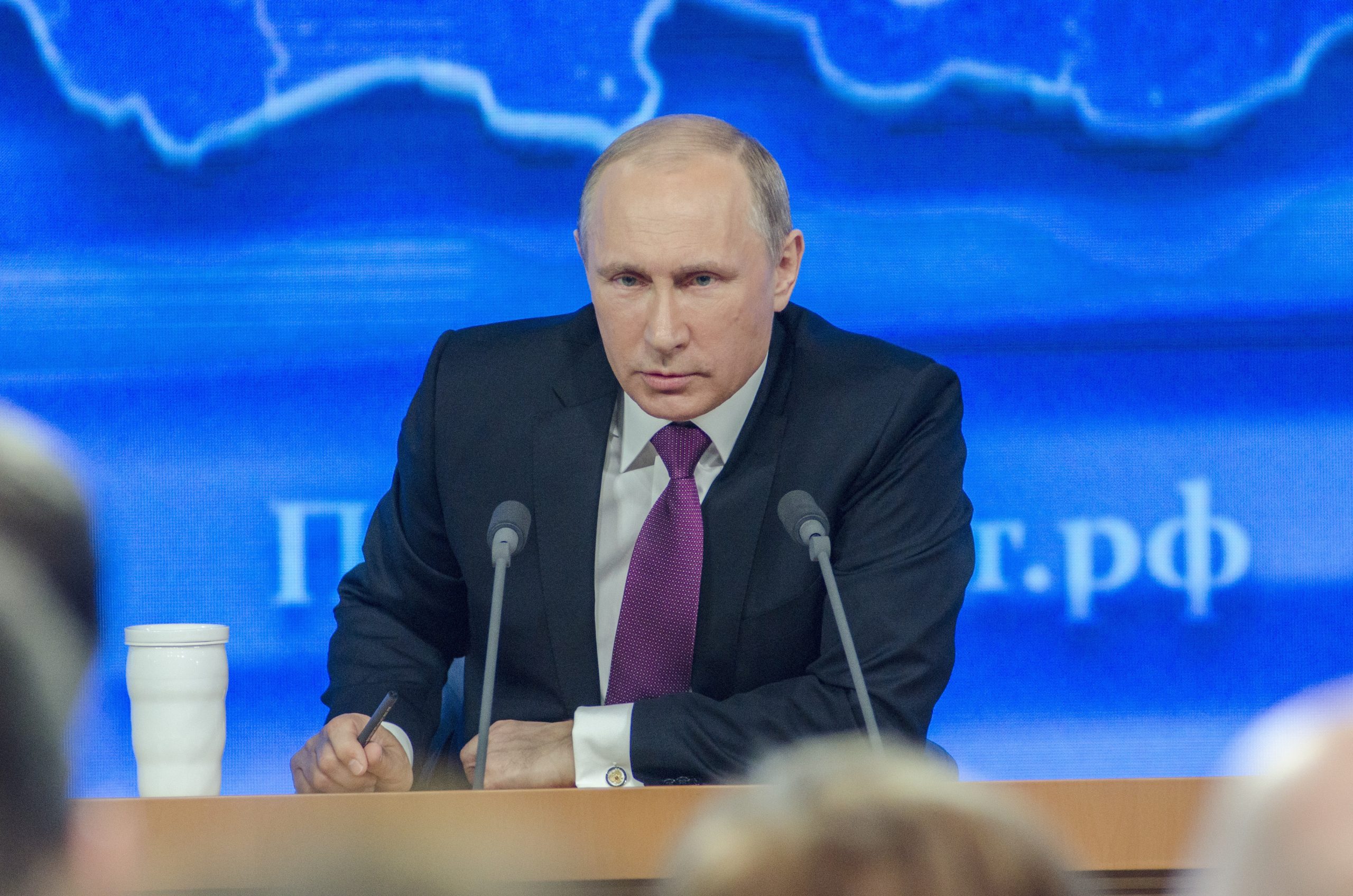 The documents finalizing the annexation, carried out in violation of international laws, were published on a Russian government website. In a defiant move, the Kremlin held the door open for further land grabs in Ukraine.

Speaking in a conference call with reporters, Kremlin spokesman Dmitry Peskov said that certain territories will be reclaimed, and we will keep consulting residents who would be eager to embrace Russia.

Putin last week signed treaties that purport to absorb Ukraines Donetsk, Luhansk, Kherson and Zaporizhzhia regions into Russia. The move followed Kremlin-orchestrated referendums in Ukraine that the Ukrainian government and the West have dismissed as illegitimate. ADVERTISEMENT

Peskov did not specify which additional Ukrainian territories Moscow is eyeing for attempted annexation and he wouldnt say if the Kremlin planned to organize more such referendums.

The precise borders of the areas Moscow is claiming remain unclear, but Putin has vowed to defend Russias territory including the annexed regions with any means at his militarys disposal, including nuclear weapons.

The head of Ukrainian President Volodymyr Zelenskyys office, Andriy Yermak, wrote on his Telegram channel shortly after Putin signed the annexation legislation approved by Russias parliament that the worthless decisions of the terrorist country are not worth the paper they are signed on.

A collective insane asylum can continue to live in a fictional world, Yermak added.

Zelenskyy responded to the annexation by announcing Ukraines fast-track application to join NATO. In a decree released Tuesday, he also ruled out negotiations with Russia, declaring that Putins actions made talking to the Russian leader impossible.

Russia and Ukraine gave conflicting assessments Wednesday of a Ukrainian counter-offensive in the Russian-occupied Kherson region. A Moscow-installed regional official insisted that Ukrainian advances had been halted. ADVERTISEMENT

As of this morning … there are no movements by Kyivs forces, Kirill Stremousov said in comments to state-run Russian news agency RIA Novost. He vowed the Ukrainian fighters wont enter (the city of) Kherson.

However, the Ukrainian military said the Ukrainian flag had been raised above seven Kherson region villages previously occupied by the Russians.

The deputy head of the Ukrainian regional government, Yurii Sobolevskyi, said military hospitals were full of wounded Russian soldiers and that Russian military medics lacked supplies. Once they are stabilized, Russian soldiers were getting sent to Crimea, which Russia annexed from Ukraine in 2014.

Not everyone arrives, Sobolevskyi wrote.ADVERTISEMENT

After reclaiming the Donetsk city of Sviatohirsk, Ukrainian forces located a burial ground for civilians and found the bodies of four people, according to Gov. Pavlo Kyrylenko.

In central Ukraine, multiple explosions rocked Bila Tserkva, a city about 80 kilometers (50 miles) south of the capital, Kyiv. The blasts set off fires at what were described as infrastructure facilities, regional leader Oleksiy Kuleba said on Telegram.

Early indications were the city was attacked with so-called kamikaze or suicide drones, he said.

Russia has increasingly employed suicide drones in recent weeks, posing a new challenge to Ukrainian defenses. The unmanned vehicles can stay aloft for long periods of time before diving into targets and detonating their payloads at the last moment.

Many of the earlier attacks with the Iranian-made drones happened in the south of Ukraine and not near the capital, which hasnt been targeted for weeks. ADVERTISEMENT

In a later post, Kuleba said a total of six Shahed-136 drones struck Bila Tserkva, one of the largest in the capital region after Kyiv. One person was wounded in the attacks.

Elsewhere in Ukraine, at least five civilians were killed and eight others were been wounded by Russian shelling in 24 hours, according to the countrys presidential office.

Follow APs coverage of the war in Ukraine at https://apnews.com/hub/russia-ukraine

Rail strikes planned to hit peak Christmas travel
Biden’s latest student loan pause may cost taxpayers big time
Could this be moment Sunak and Sturgeon settle Scottish independence once and for all?
US Navy Says Iranian Drone, Similar To One Supplied To Putin For Ukraine War, Attacked Oil Tanker In Oman
Musk would back Trump rival in 2024 election – with former president under fire for dining with white supremacist