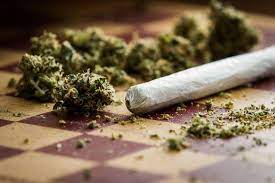 More elderly people going to ER due to pot

“They think they know from the 60s and 70s, I know how to do marijuana.’ Particularly since the presence of gummies and edibles, because you don’t know how long it’s going to take for an edible to affect you.” Dr. Harry Straytner

NEW YORK – The number of senior citizens going to emergency rooms for marijuana-related issues has skyrocketed in the past few years.

A new study by the University of California San Diego revealed cannabis-related emergency room visits skyrocketed 1808% among Californians over the age of 65, and up from 2005 to 2019. Recreational marijuana rollout in NYC is not smooth

With confusing laws, high prices, and illegal operations across the city, the start of recreational marijuana in New York City has had some problems.

Addiction expert Dr. Harry Straytner says boomers may simply be unaware of just how potent marijuana is in 2023.

According to the Department of Health & Human Services, marijuana currently cultivated and sold contains three times more THC, or Tetrahydrocannabinol, compared to levels 25 years ago.

Strayner adds people over the age of 60 are also more likely to be on medication for a number of things, including high blood pressure, high cholesterol and diabetes.

“We haven’t done enough research to know what the synergistic combined effects of marijuana are with THC and with other medications.” Dr. Harry Straytner

He stresses it's crucial to be aware of what kind of medical conditions one might have in addition to any procedures they may have already had done.

"There are medications that affect the heart, and the marijuana itself can affect a certain parameter we look at in the heart that can accelerate arrhythmia," Dr. Hernandez said. "So understanding what type of product they're getting and how much of that product they're getting and the weight and everything that has to do with metabolism can affect the way that they respond to these substances."  More kids eating marijuana edibles by mistake

According to a new study, more children are getting sickened from mistakenly eating marijuana edibles.

Both experts say some side effects can include dizziness, balance issues, disorientation, extreme paranoia, anxiety and even early signs of dementia.

"It could be considered an overdose, you know, with marijuana," Strayner said. "Marijuana theoretically is very helpful to cancer patients who aren't eating. But ironically, you can also get this kind of cycle rare where you're constantly throwing up. That can also happen with marijuana. Marijuana is a tricky drug. It really, really is."

While experimentation may be fun, experts caution seniors should be extremely careful and consult with a doctor first.

16 Most Interesting Knives from SHOT Show 2023
‘Greenwashing’ is a good thing, according to one renewable energy tycoon
Police search around-the-clock for suspect in brutal kidnapping
China expert sounds alarm on spy balloon hovering over US
Dog walker died from ‘multiple penetrating bites to neck’