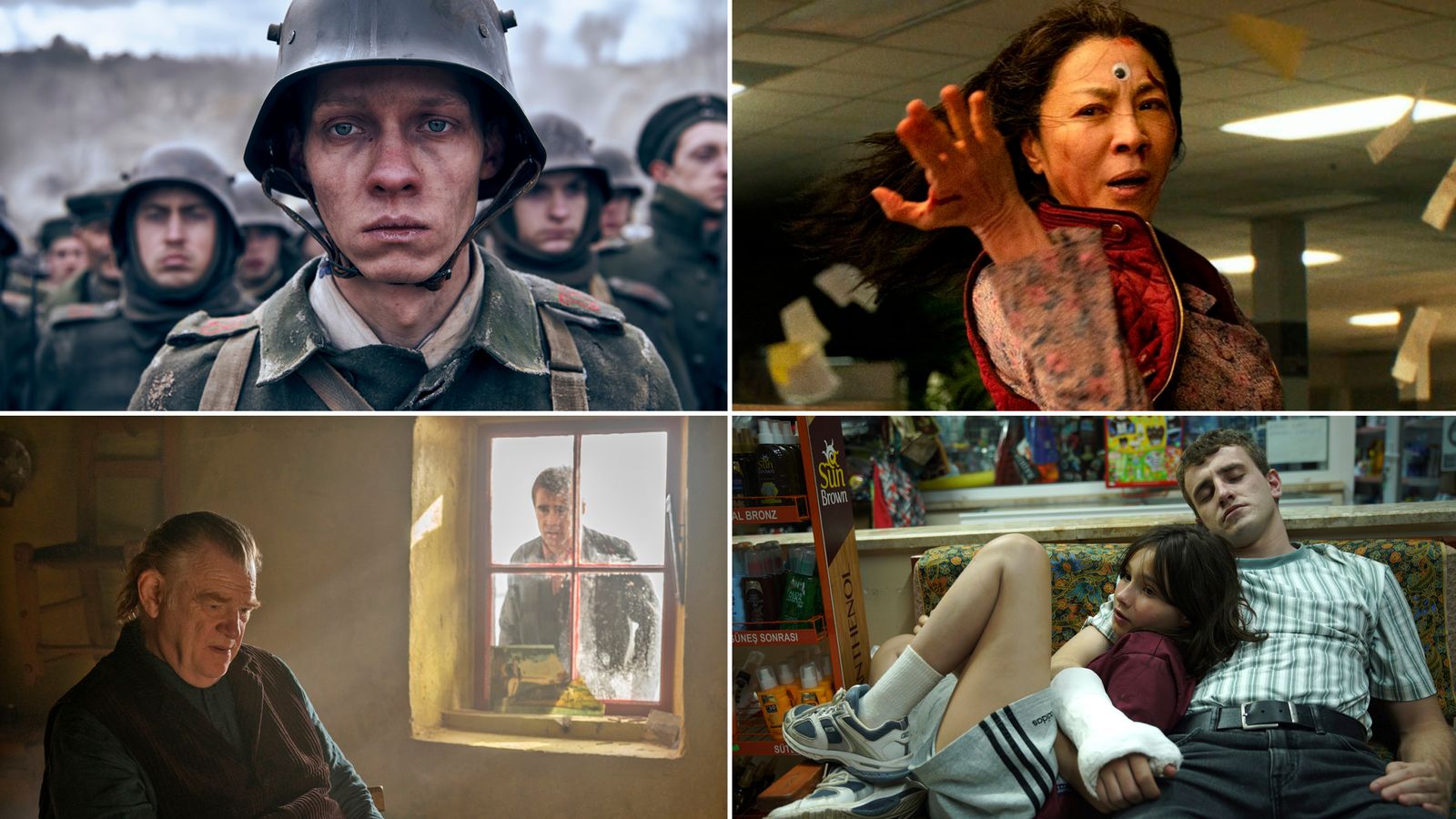 German war film All Quiet On The Western Front leads this year’s BAFTA race as the most-nominated foreign language film in the film awards’ history – while Irish talent also shines in the acting categories.

An adaptation of the 1929 novel about the First World War, All Quiet On The Western Front, which is in German, is up for 14 awards including best director, supporting actor, adapted screenplay, best film not in the English language, and the big one – best film.

Dark comedy The Banshees of Inisherin and sci-fi comedy Everything Everywhere All At Once follow in the BAFTAs race with 10 nods each, while Elvis Presley biopic Elvis has nine, and Tar, starring Cate Blanchett as composer-conductor Lydia Tar, has five. The five most nominated also make up the full nominations list for best film.

Read more: The full list of stars and films up for BAFTA awards

In the acting categories, six Irish stars are up for awards: Colin Farrell, Brendan Gleeson, Barry Keoghan and Kerry Condon, for The Banshees Of Inisherin; Paul Mescal, for Aftersun; and Daryl McCormack – who is also nominated for the previously announced rising star prize – for Good Luck To You, Leo Grande.

Emma Thompson (Good Luck To You, Leo Grande), Bill Nighy (Living), Carey Mulligan (She Said), Eddie Redmayne (The Good Nurse) and Micheal Ward (Empire Of Light) make up the British stars in the running in the acting categories, while other stars to receive nods include Viola Davis (The Woman King), Danielle Deadwyler (Till), and Michelle Yeoh (Everything Everywhere All At Once).

BAFTA debuts and one all-female shortlist

First time nominees feature heavily this year, with 14 of the 24 nominees in the performance categories making their BAFTA debut – including Ana De Armas (Blonde), Angela Bassett (Black Panther: Wakanda Forever), Austin Butler (Elvis), Brendan Fraser (The Whale), and Ke Huy Quan (Everything Everywhere All At Once), as well as Farrell and Mescal.

Elsewhere, blockbuster releases such as The Batman, Top Gun: Maverick and Avatar: The Way Of Water also get a number of nominations, and nominees for outstanding British film include Empire Of Light, The Swimmers and See How They Run, alongside Aftersun, The Banshees Of Inisherin, Living and Good Luck To You, Leo Grande.

In the best director category, four of the six nominees – Gina Prince-Bythewood (The Woman King), Todd Field (Tar), Daniel Kwan and Daniel Scheinert (Everything Everywhere All At Once), and Edward Berger (All Quiet On The Western Front) – are shortlisted for the first time. They are up against Martin McDonagh (The Banshees Of Inisherin) and Park Chan-wook (Decision To Leave).

While only one female director is nominated, the outstanding debut category – recognising writing, directing or producing – is made up entirely of female nominees, including Aftersun writer and director Charlotte Wells, and Good Luck To You, Leo Grande writer Katy Brand.

Read more:
Viola Davis on her ‘magnum opus’ The Woman King
Colin Farrell and Brendan Gleeson on their reunion
Cate Blanchett on her ‘once in a career’ moment

The nominees for the rising star award, the only award voted for by the public, have already been revealed as Aimee Lou Wood, Emma Mackey, Naomi Ackie, Sheila Atim and McCormack.

In total, some 215 nominees represent 45 films, from independent debuts to blockbusters, voted for by BAFTA’s 7,500 voters.

BAFTA chair Krishnendu Majumdar said the range of films nominated offers a “uniquely British perspective on this year’s best films from around the world”.

Following controversy over a lack of diversity in previous years, Anna Higgs, chair of the organisation’s film committee, said the 2023 nominations show that BAFTA’s “ongoing work to level the playing field continues to have a positive impact”.

Read more:
The nominees for the 2023 BAFTA rising star award
Naomi Ackie on becoming one of the greatest music stars of all time
Bill Nighy on possible Oscar contender Living

She continued: “I’m delighted to see an all-women list in our outstanding debut category, as well as so many first-time nominees across the board.”

Avis has new T&Cs for renting its EVs, and they’re a little weird
‘I’m expecting death any time’: How South Africa’s scheduled power cuts put lives on the line
Prospects rise for NY charges against Trump in Stormy Daniels case
GOP critic dials up pressure on McConnell: Tired of caving
Who was Nefertiti, the ancient Egyptian queen depicted like a goddess?